Every summer, Senior Cabin works endlessly from the very start of the session getting ready to perform their MTV’s for the rest of the camp. 2019 Camp Marimeta MTV’s are ready to go! Usually the SC campers are partnered up for these dances. This summer Senior Cabin girls, each get to created their own!

MTV is one of the biggest Mari/Meta League events. In fact, it counts for the highest points in the competition so it is a very important occasion. The girls around camp start to plan their own MTV’s from when they are still ranchers! Traditionally it is one of the most anticipated evenings at camp!

Each senior cabin member chose a song, created costumes, and assigned lip-syncs for their respective songs. In fact, all session long, the girls teach their MTV groups everything they’ve organized. For many girls, MTV’s are their favorite activity at camp!

On the third Saturday of first session, the whole camp gathers in the Rec Hall.  Then, every group gets their turn to share their MTV with the rest of the camp! After weeks and weeks of hard work, they get in full costume with smiles bright and perform their dance. Usually some groups even go all out with full bodies of paint and teased hair! Each MTV is judged by the lodge on creativity, lip-syncs, costumes, and dance. Consequently, it’s fierce competition every summer!

After that, on Tuesday of next week, the CIA’s will host the MTV awards! On this evening, the camp will rewatch each MTV. In addition, awards will be given to the group with the best score in each category.  Finally, one award is also given out to the group who had the highest collective score, and is given the title “Best Overall”.

Marimeta MTV’s are going to be a huge hit this summer!

Here are a couple of pictures of our MTV’s from last year: 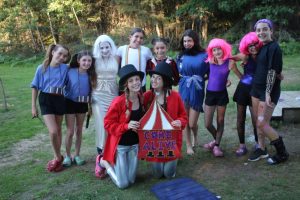 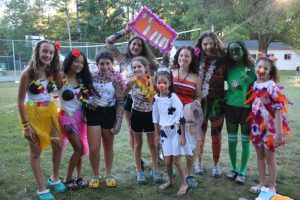 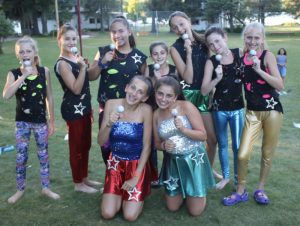