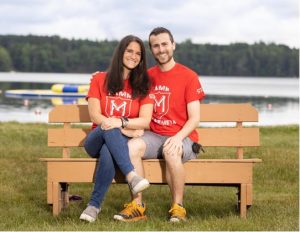 Jami and Nick have always had a passion for camp. In 2021, they decided to turn their passions into a career and carry on the nurturing, loving environment at Camp Marimeta.

Jami has a wealth of experience both in camping and child development. She has a Masters Degree in Educational Leadership and a BS in Special Education. Jami taught at Wilmot Elementary in Deerfield for 6 years, which is also where she grew up and went to school herself. After, Jami became an administrator in Special Education where she oversaw special education programs in three elementary schools. Jami was a camper and counselor at Birch Trail before working for 5 summers at North Star Camp, where her brother Andy is the director.

It was at North Star that Jami and Nick met! They even had a camp wedding. Before they were waterskiing together in the Northwoods, Nick grew up in Milwaukee and was a camper and counselor for 12 years at North Star.

Jami and Nick are passionate about giving girls the amazing camp experience that helped shape who they are. It is our mission to create an environment where young girls can grow and develop into strong, independent women. We make every decision keeping our Marimeta values in mind and work tirelessly to create a program that allows girls to become the very best version of themselves. We care for each camper as our own child and support them to learn, grow, and make lifelong friendships at camp. 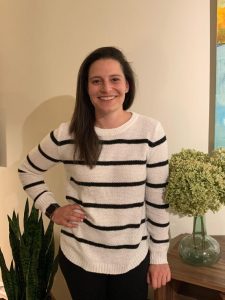 Emily is a lifelong camper and counselor. She was a camper for 7 years (where she met and became good friends with Jami) and worked for 6 years as a cabin counselor and in leadership roles at Camp Birch Trail. She has also helped with camping programs like the Four Star Fellowship and The Road Less Traveled. Before jumping in as an assistant director, Emily spent 7 years in the political world, working on elections and in the non-profit space. The more time she spent there, the more she realized what she was actually trying to do was to get people to care more about one another and be good community members; values she learned at camp and that are true to our Marimeta morals. She and her dog Benny are a big part of the Marimeta family!

Emily handles many of the operations at camp. From staffing, to programming, to logistics, she fills a big role. At camp you’ll find her baking treats or running our gardening club. Emily currently serves as the Vice President of the Midwest Association of Independent Camps. 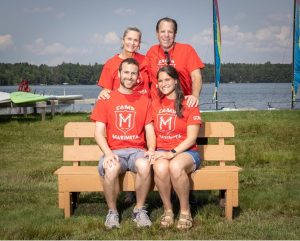 Sandy and Terry Cohen owned and operated Camp Marimeta from 1984 through 2021! Together they have nearly 75 years of experience in organized camping. They were on staff together in 1981 and were married in 1983. The following year they made arrangements to buy the camp from Alan and Elaine Wasserman, who owned Camp Marimeta and Camp Menominee. The Wasserman’s were relatives of Sandy, making Sandy and Terry third-generation family owners of Camp Marimeta.

Their backgrounds were perfect for the camping industry. Terry was a college cheerleader, swimming instructor, and lifeguard. Sandy was previously the Water Ski Director at Menominee and came to Marimeta in 1979 as the Waterfront Director, eventually becoming the associate director in 1980 and 1981. When they bought the camp in 1984, Terry was a Kindergarten teacher and Sandy was a Social Worker and high school teacher.

It is their experience and love for the girls that shaped Marimeta into the caring and loving environment that is known for. Sandy and Terry are the proud parents of C.J., Michael, and Frankie and proud grandparents of Oscar. 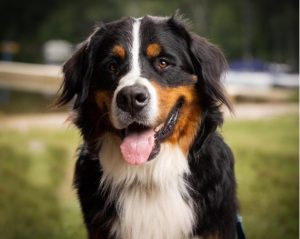 Obi is a Bernese Mountain Dog who fulfills a very important role at Marimeta. Obi wanders around camp daily to provide love, kisses, and smiles. He highly enjoys being pet by the campers and has a wealth of experience cleaning up under the tables after meals. You can find him wading in Meta Lake or laying in the bushes near the lodge. 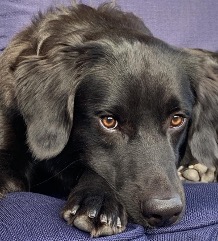 Benny Blumberg is so excited to join the Marimeta Dog Crew!! Benny is a border collie/lab mix who loves other dogs and people. To him, every stick is perfect. Benny is learning how to be a good running buddy, and is hoping to help his mom in the garden. He can be found hanging out with Obi, testing out which stick around camp is more perfect, and trying to help clean the dishes before they reach the kitchen. He can’t wait to meet the Marimeta girls!